Microsoft Exchange offers core services i.e., Extensible Storage Engine and it is even known as JET Blue. The Extensible Storage Engine does many tasks, but one of the major and important tasks of ESE is to accumulate & carry data with help of sequential/ indexed approach. JET Blue is the pre-configured technology with a provision for retrieving crashed database of MS Exchange. Even though, it majorly acts as a booster for Exchange Server 2016/13/10/07/03 and so-on. To understand the entire write-up, read the below segment thoroughly and get a precise way to fix Exchange jet engine errors.

There can be multiple reasons that can cause Jet Engine Error, but one of a possible reason is corrupted or damaged MS Exchange Server Database, files, or applications. There are various kinds of consequence a user can encounter after Exchange Server Jet Engine Errors. The Errors can be of different types and in the below section, we have described some errors, which can be followed for troubleshooting of corrupted Exchange Database i.e., 2016, 2013, 2010, 2007, 2003, and so-on.

The error generates when Disk Input/ Output procedure limits MS Exchange Server for accessing a page, which is mostly targeted in Exchange Database. Additionally, JET Error 1022 can be because of the corrupted or truncated files when MS Exchange Server access page number, which can exceed a total number of pages. One of the major reasons is because of corruption of Exchange Server Stored Information due to inefficient transactions log replay activity.

This error can occur at a time when the requested page is uninitialized or empty in Exchange Database. Corruption in the file system can lead to corruption in MS Exchange Server database and it is the main reason behind JET Error 1019.

Some Other JET Engine Errors

In contrary to it, users can even encounter more JET Engine Error. Hence, these errors are becoming tough for the users. So, listed below are some of the errors that are described below:

When it comes to troubleshooting an Exchange Server Database, it needs an expert solution. The process includes two major things that are described below:

Data backup is really important in many cases. Hence, the JET Engine Errors can be tackled by taking the process of backup of the entire Exchange Mailbox. For such instances, the use of Windows Server Backup or NTBackup program can be employed.

MS Exchange Server deals with an important command line system that can be used for analyzing and restoring different types of errors and corruptions. For initiating this process, you need to launch the command prompt and then type desired ESEUTIL command as required. There are some commands that are listed below that can be employed for getting rid of the Exchange JET Engine Errors.

1. ESEUTIL /c: This command can be used to execute hard recovery of Exchange Database

2. ESEUTIL /m: Input the previous command in case you need to dump information regarding header info of Exchange Database

4. ESEUTIL /y: Type the command for executing a copy operation on the huge mailboxes of Exchange Databases

6. ESEUTIL /p: If you need to restore the corrupted Exchange Database, input this command

7. ESEUTIL /R: It can be employed for performing valuable recovery operations on Exchange Database

8. ESEUTIL /k: Execute this command for beginning the analysis of checksum values

It is very clear that every platform is used for storing data or some other things, but it is completely prone to corruption. Henceforth, we have described some errors that are associated with the MS Exchange Server Database 2016/13/10/07/03, etc. We can rectify the Exchange JET Engine Errors using the methods described above. So, follow the methods and get your problems solved. 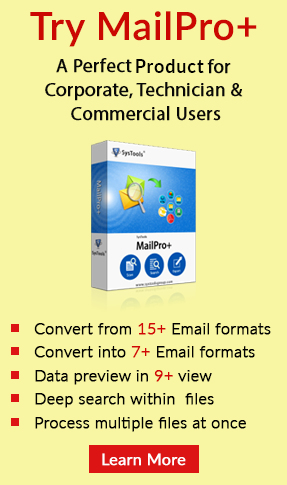